CNC machines have become a staple in the manufacturing industry, so much so that it’s hard to imagine a fabrication outfit that doesn’t keep them on hand for a variety of applications. While modern CNC machines are versatile enough to do practically anything the operator can articulate in the programming, this has not always been the case. In the beginning, automated and computer-controlled fabrication processes were controversial, and the machines were far less versatile than modern designs. Before deciding on the right used CNC machines for your next investment, take some time to appreciate the range of designs and functions that have been part of the device’s history. It might even help you identify when an older, bargain-priced model can do what you need, allowing you to save money on your next CNC investment.

The key to the precise removal operations performed by CNC equipment is the use of numerical control coordinates as location pointers by the computer controlling the process. That’s what CNC means after all, computerized numerical control. The use of these coordinates to provide instructions to an automated process is older than the use of computers to control the mill, though. NC operations were developed by the Air Force in the late 1940s as the needs of the newly established branch for consistent part production became clear. In the earliest days of numerical control machining, a punch-style data tape was created to input the coordinates into the machine, which read them in real time as the tape was processed. It was an analog system and not a digital one, so while it was more precise than earlier manufacturing methods, it was quite imprecise compared to even the first generation of CNC machines.

The Transistor Changed Everything

NC systems proliferated for about two decades, providing ever more complex input methods and precision-improving mechanical solutions to some of the early NC machine’s design issues. The progress was easy enough to see, but like many revision processes, progress got slow at times. After the invention of the transistor, when computers became more compact and businesses found investing in computerized equipment easier, the use of computer controls instead of a manual coordinate feed became much more manageable. Businesses looking to computerize the NC process no longer needed a dedicated, room-sized mainframe to do it. That’s why the 1960s and 70s saw such a boom in CNC design and development.

Just as the transistor allowed computers to move past punch cards and tapes and into the era of hard drives, floppy disks, and solid state storage, it allowed computerized numerical control to be reduced to a single electronic unit attached to the NC machine that could be directly programmed by a user. The history of CNC machines really took off with the first era of devices that saved programs to internal storage and accepted new ones from user input, because they also allowed for revisions to the program processes on the fly, making it easier to dial in new processes during a line’s setup.

From there, models developed in a range of sizes and with options that include online networking for remote control and operational monitoring, as well as external data ports to allow users to load in programs from other machines via standard digital storage media. It was the beginning of the CNC industry as it exists today.

Early CNC models had movement controls along one or two axes, just as their NC predecessors before them. It took time for the industry to develop three, then four, and finally five-axis control mechanisms to allow for complete part production in a single unit. As a result, many operations that relied on CNC processes in the beginning had to rely on a series of machines to fully finish a part, with each contributing cuts along a couple axes. Five-axis control eliminated the need for that kind of system for the most part, which is why many buyers of used CNC machines still look for late model devices. Modern devices also frequently have networking options as standard features, making it easier to use CNC software on your laptop or workstation to set and adjust programs. For small shops, independent artisans, and homemakers, those features are essential.

What Does the Future Hold?

The development of additive manufacturing tools for home makers has unlocked a realm of possibility, and it’s hard to think about the future of CNC machining and subtractive automated fabrication tools without reflecting on how 3D printing and other small scale extrusion processes have impacted the industry. Is there a future in devices that provide full range manufacturing technology, allowing users to 3D print and to make cuts using the same tool? Or will each technology continue to develop independently but in complementary ways, unlocking more and more options for small-scale maker operations? It’s anyone’s guess what the next breakthrough will look like, but with the increasing popularity of miniature CNC builds, it’s likely that it will be something that’s useful for professionals and hobbyist makers alike.

Contact us to learn more about used CNC machines today! 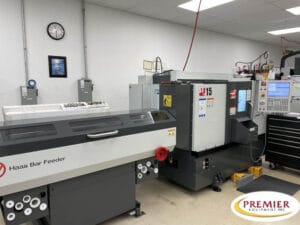 The global market size for computer numerical control machines (also known as CNCs) in 2020 was valued at over $71 billion. The CNC market is 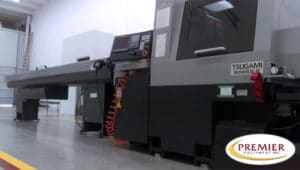 What Industries Use CNC Machines?

There are many different industries that use CNC machines to make their manufacturing processes more efficient and accurate. CNC machines also help companies cut back 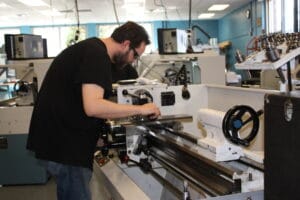 How To Become a CNC Machinist – A Guide

There are many CNC careers available, with openings for all experience levels. If you are interested in becoming a CNC machinist, here is some information